I returned home yesterday from a two-week Eurotrip. It began in Cork then moved on to Granada in Spain, Berlin, Thessaloniki, Athens, some Greek islands, and Rome. This trip has been a long time coming; on orientation day, my first day in Cork, we were handed a schedule for the semester and told that we essentially had the entire month of April off. I turned to my roommates and none of us knew whether to be excited or a little horrified.

What are we going to do in April? was the question that loomed overhead all semester. As it got closer and plans started to form, our nervousness turned to excitement mixed with nervousness, then to frantic anticipation, and, right before we left, blind panic. April was wide open. It was 30 days of opportunity. A chance to travel, to experience, to do whatever we wanted, really, and it all depended on what we wanted to make happen.

And damnit, did we make things happen. By the end of the two weeks, we’d become masters of the skills that you need in order to tour Europe on a study-abroad budget. We nailed down how to fit all of our belongings into one lumpy, overstuffed backpack. Room was made for souvenirs and sneakers were stuffed with underwear, but we made it through five plane rides without having to check a bag.

There’s another aspect of travel that I didn’t anticipate before this semester: problem-solving.

Our April excursion was a trip, not a vacation. We dove headfirst into complex public transportation systems, and at one point we took the metro, to a bus, to a plane, to another bus, to a taxi, to our apartment. From the time I landed in Granada, most of my brain power was going towards wrapping my head around the things I was seeing, trying to be present and appreciative and finding things to say other than, “this is fucking crazy!” But a small, pessimistic corner of my mind was also waiting for something to go wrong. I figured I wouldn’t make it through the semester without at least one goof-up to work through. I tried to not let it scare me, but to look at it as something that would make me just a little more capable. 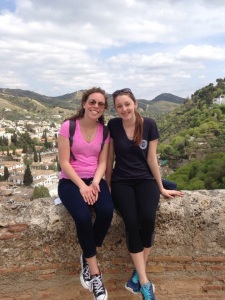 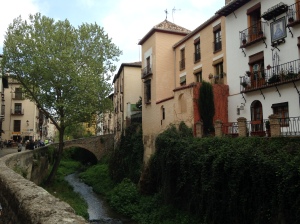 And when we finally came face-to-face with our goof-up, everything was okay. The Greece leg of our trip was especially travel-intensive; we stayed for only two days in each city and squeezed in a one-day boat tour of some islands. The days had settled into the routine of about 12 hours of no wifi and no phones, then 20 to 30 minutes of wifi, if we found it, when everyone’s screens were practically glued to our faces between our eyes. Someone decided, by chance, to check our hostel reservations. They didn’t match the dates of our flights.

So basically, we were homeless in Athens for one night and had booked an extra night in Rome. We all leaped into problem-solving mode, booked the extra night for our Athens hostel, and emailed the Rome hostel explaining that we’d be a day late. The mysterious Rome hostel people never got back to us. No biggie.

Hostels are always a bit of a gamble. You never quite know who you’ll be sharing a bunk bed with or whether the person at the reception desk will speak English. But when we showed up to the address for our hostel in Rome, we found ourselves looking at the door to an apartment building. No reception, just a buzzer for our room number. We looked at each other, shrugged, and buzzed. Then buzzed again. But there was no answer.

It was 2 p.m. and we were homeless in Rome. After fifteen minutes of hovering by the door we crossed the street to buy some food from a stand and make a plan. When we noticed someone walking into our building, Matt sprinted across the street to hold the door for us, so now we were at least inside. We knocked on our door, on neighbors doors, and had a few strained conversations with locals who spoke little English. Erin and Shannon got stuck in an old-timey elevator that looked like a pulley, and their screams of terror echoed down the stairwell from the top floor. A kind older woman helped them to pull the emergency lever to get the door open, but because of the language barrier they were both sure that pulling the lever would release the elevator and send them plunging to their deaths. We decided to make our escape once Erin and Shannon were free and the lady realized that the elevator was broken and it was now her problem.

So our first few hours of real “problem solving” consisted of barging into a private apartment building and making nuisances of ourselves. But as we rushed out the door, we ran into a scowling man in a leather jacket. He sized us up, six flustered American kids in sneakers and backpacks, and asked, “hostel?” He spoke little to no English, and he was pissed. He spoke to us long enough to let us know that he’d been waiting for us all day yesterday, despite our email. We followed him around the corner to a different apartment like scolded elementary school children, wincing at his short responses to our apologies and shrugging at each other.

But in the end, all that mattered was that we weren’t homeless in Rome. In especially trying situations, I like to say hey guys, it could be worse. We could be on fire! in an attempt to lighten the mood. It works to varying degrees of success. After our third time trying to call the hostel, Shannon turned and said it to me. That was when I knew that we could make it through anything, probably.

We bought slushies outside the Acropolis, but they don’t tell you that you’re not allowed to take drinks inside so we huddled together and chugged them by the entrance, stomping our feet and making brain-freeze faces. We tied sweaters around our waists to cover our knees in the Vatican. My flight to Berlin almost got cancelled because France decided to be all difficult and call in an air control strike so planes couldn’t fly over it. (Really, France?) But we also jumped into the sparkling blue Mediterranean, ate pesto in Italy, and did handstands in the park next to the track where chariot races were held in ancient Rome. 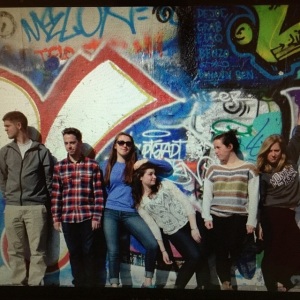 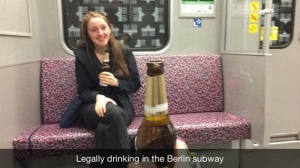 Met up with pals in Berlin, which is a magical place where you can drink openly on the subway. 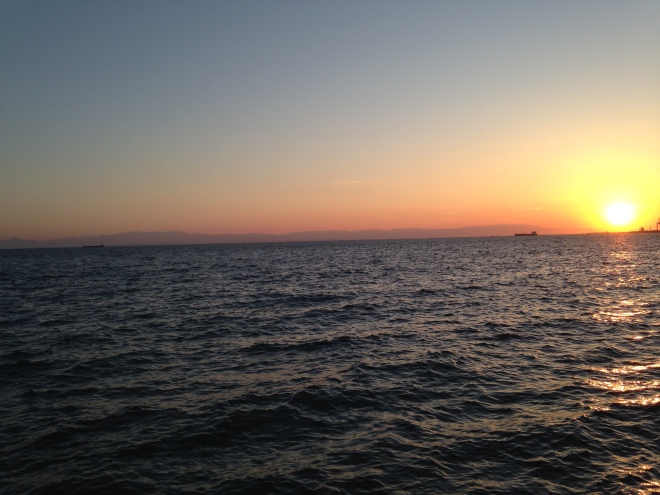 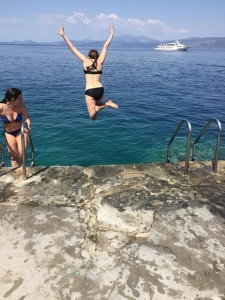 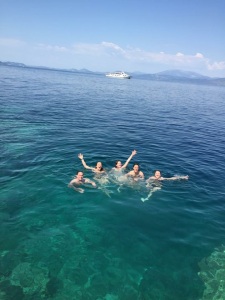 It was impossible to take a bad picture in Greece. 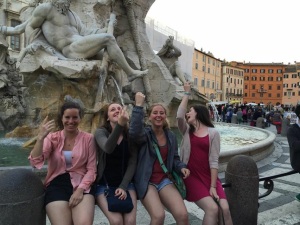 Now I’m two weeks older and feeling a little more capable. I’ve made it through the hoops of security and customs at five more airports, and seen six more cities. I’m both bummed and relieved that it’s over, and so thankful that it all happened.