Peeps, E girls, and the Big Wiz—this one’s for you.

I’m twelve years old, and I am deliriously happy. It’s a summer night at the Eliopoulos’ house. All nine of us are in the bonus room. My flannel American Girl sleeping bag is slowly turning into a sweatbox, but I don’t care. (Caitlin and Kelly also have flannel American girl sleeping bags. In the morning, we’ll all wrestle the puffy black material until it folds in on itself and miraculously takes the shape of a duffle bag with a strap.)

Caitlin’s knee is sticking into my hip, and on my other side, James is making jokes about his boxers. Zach’s all scrunched up in the corner next to Joe. (Zach’s the youngest and the smallest, so he gets last pick in the sleeping spot lottery.) Taylor’s on the couch, Kelly’s on the other side of Caitlin, and Jake and Annabelle are by the big bay window.

“I’m gonna make it to 5am,” Jake says. “Not going to sleep until I see the sunrise!” (Jake says this kind of thing a lot. He dreams big, but it’s also pretty likely that he’ll be asleep within the half hour.)

“Guys!” Taylor whispers, “Andy and Lisa are trying to sleep! Quiet down!”

“Kell,” Annabelle says, “what was that thing you were saying about the werewolves earlier?”

“Seriously guys, they’re real,” Kelly sits up in her sleeping bag. “Someone was telling me about it last week. And look, there’s a full moon right now.” We all look to the big bay window, and sure enough, the moon floats bright and full over the E’s front lawn.

And then, I swear to God, we hear a howl. The room erupts.

“What the hell was that?”

“Did you hear that?”

We’re all laughing and poking each other and debating the likeliness of an actual werewolf wandering outside on the Eliopoulos’ property.

“Guys, it’s definitely just a coyote,” Caitlin says after a few minutes. We all kind of agree. But how awesome would that have been if it were an actual werewolf?

To be honest, I don’t even know how we all met. I don’t remember who came up with the name, either. The Peeps. Our parents all joined the Nashua Country Club when we—the Big Peeps—were around six years old. Our younger siblings—the Little Peeps—were probably two or three. We grew up together, but it was more than that. We became family. 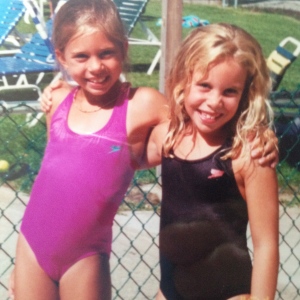 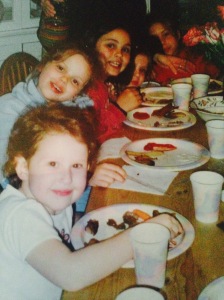 All of my memories start in the middle. 7 AM swim practice at the pool, shivering in the one-piece race bathing suits that gave you a wedgie no matter what size your mom ordered. Stealing little white towels from the bin next to the guard desk and wearing them as capes. Eating french fries outside the snack bar on chairs that always left designs on the backs of our legs. 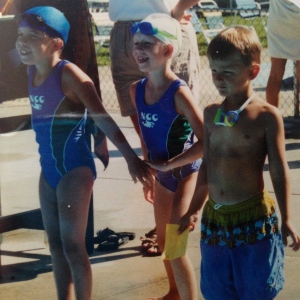 Flashlight murder was a sleepover tradition. As soon as the sun set, no matter whose house we were at, someone had to go get the good flashlights from the parents. (Everyone started keeping flashlight and battery stashes in their garages.) Rules for flashlight murder: An empty soda can must be inside the chalk-drawn circle in the driveway at all times. Singing in jail to distract your captors is encouraged. No puppy-guarding under any circumstances. (Looking at you, Jake.)

“The parents” became a collective term. (I’m pretty sure they started calling themselves the Really Big Peeps at one point.) It’s like we all had this giant team of adults that yelled at us when we did something stupid and hugged us when we did something great. And we knew all the drills—line up early for Andy’s pancakes at the Eliopoulos’, Kelly and Rina yell the loudest (and hug the hardest), Lisa’s the one to watch Napoleon Dynamite with, Maura will make you laugh so hard you pee a little bit, Jim can teach you how to beat up your little sister if she’s being a punk, etc. (I still owe you for that one, Jim.) 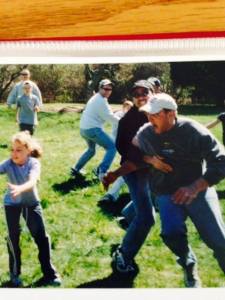 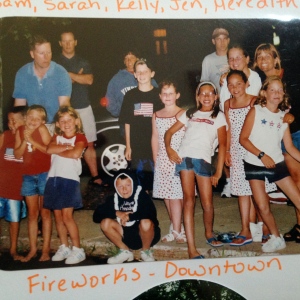 We had about eighteen different parents we could call if we left our most expensive pair of swim goggles on the pool deck. (I was infinitely better at losing swim goggles than I ever was at swimming in them. Sorry, Mom.) There was always someone around to put a Band-Aid on your scraped knee or stop you from ordering that third ice cream sandwich from the snack bar. If it takes a village to raise a child, the Peeps were a sprawling metropolis.

As we got older, the Peeps faded away from the Nashua Country Club. (Astronomical monthly fees, I’m tellin’ you.) We still saw each other at cookouts and lake days and ski adventures, but the Big Peeps started working. We got cars and made new friends. We went to different high schools. Soon even the Little Peeps started driving and dating and doing big-kid things. Life went on. We stayed in touch and we grew up.

Then a few weeks ago, the world lost an incredible man. Andy Eliopoulos passed away suddenly on the 4th of July while riding his bike to train for the Pan-Mass Challenge. My first thought when I heard the news was that I desperately wanted to hug my friend Annabelle. Then I thought of the pancakes.

I’m twelve years old, and I’m still deliriously happy. It’s the morning after the night with the boxers and the werewolves. (Jake claims to have seen the sunrise, but there were no witnesses.) We play a few rounds of Ziggy the Boy Scout Slayer on Belle’s desktop computer and take turns logging onto our AIM profiles. Then we hear Andy shout from downstairs.

And it is just pancake mania. The Little Peeps are already sitting at the long granite countertop when we get to the kitchen—they beat us downstairs from where they were sleeping in Gigi’s room. Andy stands in front of a giant griddle with a monstrosity of a pancake batter bowl, singing goofy songs and flipping pancakes onto plates behind his back. This is a full-scale production. We’re talking upwards of fifteen kids, all under the age of twelve, all bombarding Andy with special pancake requests at the same time.

“Do we have any blueberries?”

“Andy! Andy! Kelsey says she wants plain too! Makes sure she gets plain!”

“Everyone’s gonna be a-getting the pancakes,” Andy says in a funny accent. (He has a lot of funny accents.) And we do. And they’re fricken delicious.

I remember thinking that Annabelle, Gigi, and Ceci were so lucky because they got to eat those pancakes all the time. Now I think we’re all lucky.

Andy was magical. He really, truly was—and not just because he joined in when Belle and I pretended we were Harry Potter wizards for an entire summer. (To this day, the entire Eliopoulos family calls me the Wiz. Belle is also a Wiz. Andy was, of course, the Big Wiz.) He was goofy and smart and so kind-hearted, and he had this gift for turning even the worst moments into hilarious stories. Belle, Gigi, and Ceci all have that gift too. Lisa is one of the strongest and funniest people I’ve ever known. There’s always been a kind of magic in the E’s house.

Over the past three weeks, I’ve seen more of the Peeps than I have in the past three years. We’ve cried together and laughed together and drank together—my goodness have we drank together. (Isn’t it funny that we can all do that now? And who the hell’s idea was it to put watermelon in the Fireball?) Everything’s changed and nothing’s changed. Ten years later, we’re still a family.

Andy—we miss you. I’m going to think of you every time I hear a Coldplay song, make a cheesy Harry Potter joke, or hit a freshly paved road on my bike. (“Oooh, bama.”) We miss you now and we’ll miss you always.

Peeps—you are the best. All of you. It’s hard to do our story justice. We made an awesome thing here.

Belle, Gigi, Ceci, and Lis—I love you guys more than words can say. Thanks for always letting me in on your magic. 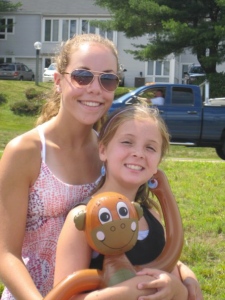 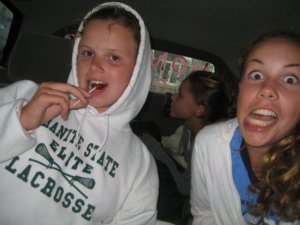 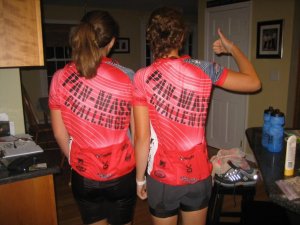 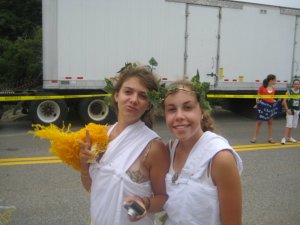